Development of editorial tools for a collaborative news platform 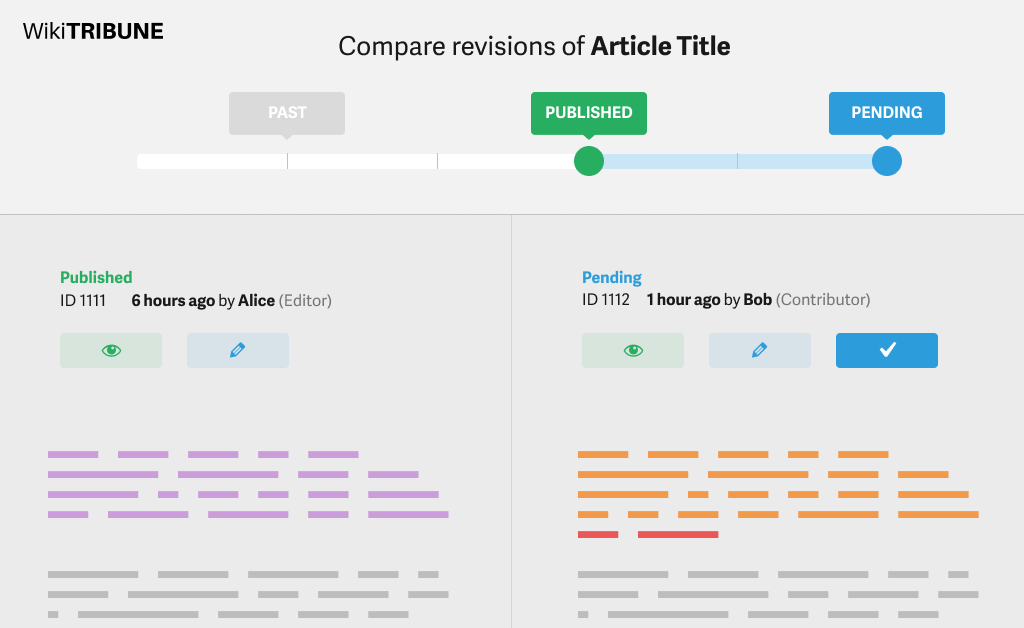 WikiTribune is Jimmy Wales’ recently-launched news platform that lets journalists and community volunteers work together on stories to combat fake news and bias.

We’ve been working with WikiTribune to develop (both in terms of “idea” and “code”) some of the site’s mission-critical back-end features:

WikiTribune is a WordPress website, and much of the CMS’s designed functionality had to be changed extensively to make WikiTribune’s editorial features possible.

For example, by default, WordPress locks Posts so that only one user can edit at a time (precisely in order to avoid edit conflicts); it has a revision and diff system, but taxonomy, featured images and custom metafields aren’t managed by the system; its diff tool normally only shows code, not the end result (making it inefficient for non-coding editors, and masking some visual-only issues that risk going live unchecked); it has a “draft > published” workflow, but once content has been published, all subsequent updates (by any user) go live, without editorial approval.

The editorial WordPress plugins we developed for WikiTribune will be made open-source in the near future. In the meantime, you can see some of our work in action by becoming a WikiTribune user yourself.